Before La Te Da, 1125 Duval Street was simply a house constructed in 1892 by Key West’s premier cigar manufacturer Teodoro Perez. In addition to the main house the property included a large factory facing Simonton Street and cottages for the cigar workers on Catherine Street.

Teodoro Perez was best known for his political support for Cuba Libre (Free Cuba). In 1884 he created the Cuban Convention. While publicly known as El Club Luz y Yara, it privately had connections with revolutionists in Cuba, supplying them with money, arms and ammunition to support Jose Marti’s revolution for a Cuba Libre. Teodoro Perez also assisted Cuban émigré  families arriving in Key West.  In May, 1892 Perez accommodated “the Patriot” Jose Marti at the residence at 1125 Duval Street.  During Marti’s stay he gave speeches from the second floor balcony overlooking Duval Street.   A large banner ran across the entire veranda railing reading “CUBA” in the middle and Marti on the ends. 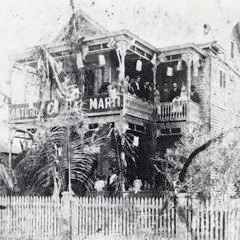 The famous photograph is immortalized in Key West history. The property  now known as La Te Da (from “La Terraza de Marti” or “The Balcony of Marti”), is a popular locals hang out and Key West historic hotel.  The former Perez Residence is the Hotel Lobby and Piano Bar featuring a unique collection of art from the Owner’s private collection. Adjacent to the Lobby is our world class Restaurant, brand new Terrace Bar and luxurious newly renovated guestrooms.

Take a step back in time at this Key West historic hotel and live the adventure of the most sophisticated entertainment, accommodations and dining on the island. 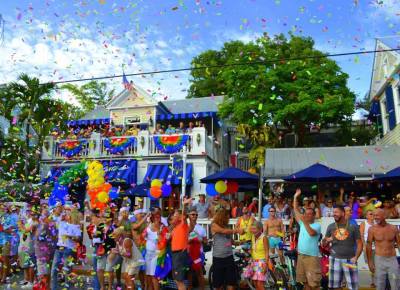